Part of the Laugh Outta Lockdown
Show Dates:
see less
see less
see less
Tickets
Bec Melrose is an absolute goose and she reckons it's pretty great. After a sellout run with her debut hour Big Dolphin Energy earning a nomination for Best Comedy, Bec is back with the same wry wit and a brand new show. Join one of the comedy scene's fastest rising talents and ruffle some feathers!

Bec Melrose is a writer and comedian from Sydney. After taking out RAW Comedy, Bec went on to place in the So You Think You’re Funny competition at the Edinburgh Fringe and was selected for Melbourne International Comedy Festival’s Comedy Zone. Bec’s debut solo hour opened to sold out crowds and was shortlisted for Best Comedy.

Around town you may have seen Bec at the Comedy Store, The Sydney Comedy Festival Showcase Tour, Giant Comedy or The Running Joke or heard her on Newsfighters, A Rational Fear or Story Club the podcast.

Bec writes for ABC TV's Win The Week, Tonightly and Question Everything and has appeared on ABC TV, Comedy Up Late and has opened for Wil Anderson. 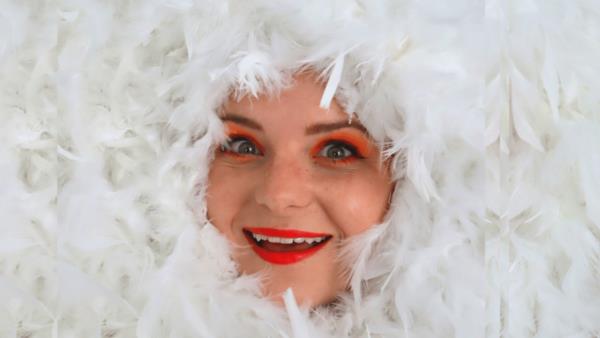