During this old pandemic, I've been fired from a women's climate change charity, moved to Albury / Wodonga where I was regularly mistaken for a tall woman, tried to confront Tim Winton in Perth and even tried to start a Melissa Etheridge tribute band. Of course, I'd be thrilled if you decided to join me for the final leg of my national tour with only one stop. So come along for a night of holding space, where we can take a breath and tell 2021 to go f*ck itself.

Brendan Hancock is a Sydney based comedian and producer. You've heard him on FBi radio, co-hosting Two Queers Walk Into a Bar and performing to sold-out shows during the 2021 Sydney Comedy Festival. He's co-produced events for The Two Queers Festival with Giant Dwarf Theatre, Darlinghurst Theatre’s Bloom Festival and is currently producing a comedic walking tour of Sydney with FBi radio as part of the inaugural Inside Jokes cohort. He’s recently been spending a lot of time with his dog Sam and having a very nice time.

“...everything we didn’t know we needed.” Time Out Sydney

“He has the overwhelming confidence of someone who doesn’t technically have a real job.” Theatre Travels

*Brendan will not be apologising to Tim Winton. 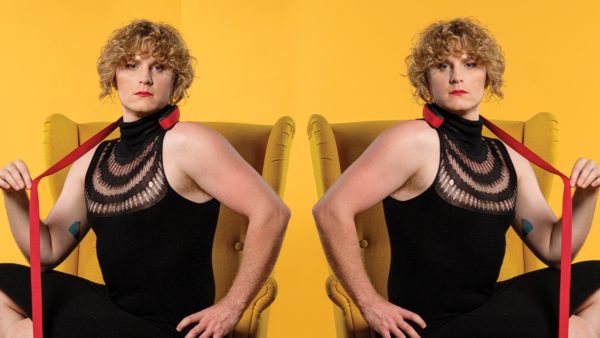