Part of the Laugh Outta Lockdown
Show Dates:
see less
see less
Tickets
The last time Eric Hutton performed CA$H MONEY it was sold out and a bunch of people said they tried to get tickets but couldn’t. Well, let’s see how many of those people were telling the truth when this re-duxed re-run re-enters The Factory Theatre on November 4th and 6th! All the things Eric forgot to say in the first show and upgrades to the existing bits will be on full display as he continues his non-scientific research into Alzheimer's Disease, the aging process, and the profession of ‘Lollypop Man’.

17 years into the comedy game, Eric is undergoing fat life changes that he continues to be borderline stupidly honest about and crowds appear to enjoy it. He has been a favourite among comedians for many years – supporting legend Doug Stanhope on his last Australian tour and being called ‘Australia’s most underrated comedian’ by the likes of Sam Simmons – and it seems some regular civilians may be starting to join the party too. Come along and see if you’d like to get down in funky town*. 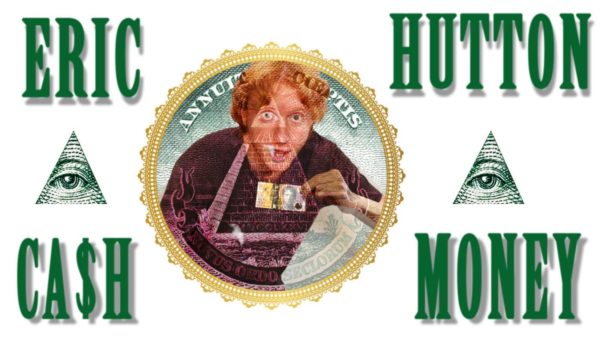