Jeeves Verma – How To Brew A Chai In 10 Days

Part of the Laugh Outta Lockdown
Show Dates:
see less
see less
Tickets
If you've come this far thinking"there's something endearing about this mustachioed teddy bear of a man" (Herald Sun) ...think again. This show, Jeeves is at war with himself… and keep cups!

Jeeves Verma is a Sydney comedian who has been disappointing his parents by building a career in professional scripted and improvised comedy for the last 5-6 years. Jeeves performs a new live show every year which has welcomed rave reviews at the Sydney Comedy and Melbourne International Comedy Festivals; he's a faculty member at Improv Theatre Sydney; and writes and produces sketch comedy for his YouTube channel. On top of that Jeeves hosts a number of live trivia events, is an authorised civil marriage celebrant, and has over 10 years of experience as professional MC.

He spent his childhood in libraries, secretly reading medical textbooks. His father, forced him to perform in university revues and made him write 5min sets all weekend long for the Comedy Society. While the other good Indian boys were all having fun studying Physiology in their rooms, Jeeves was practicing punchlines in front of surly, old men in a bar, somewhere. Jeeves, now having given up on the Medical dream, tells stories about his life to whomever will listen. After all, laughter is the best medicine.

"It’s easy to see why Jeeves Verma has been steadily growing in popularity - he is absolutely lovely ...storytelling genius." The Plus Ones, Sydney

"Jeeves Verma will leave you laughing so hard, you will struggle to remain upright in your seat." The Plus Ones, Melbourne 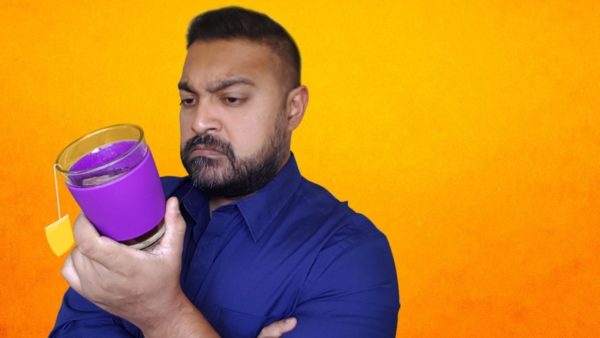