Often mistaken for Ariel, Robyn has a fantastic pair of norks, and her bottom is covered in scales. As a naughty little mermaid, Robyn was banned from her primary school swimming classes - her first and only brush with the law!

After the recent lockdown, you can expect some of that pent up energy to be released! Dress rehearsals, performed to Robyn’s bedroom mirror, have already been met with standing ovations and tears of joy.

$5 from every ticket will be donated to charities supporting people experiencing homelessness, including Homelessness Australia, Homelessness NSW, and Shelter NSW.

“Clearly talented in the structure and timing of comedy, it’s not hard to see why she’s a fast-rising comic in the Sydney scene.” Theatre Travels

“Robyn Reynolds is a crowd favourite” What She Said Comedy

“We have discussed that Robyn uses humour to cope with past trauma. She’s very funny.” Robyn’s Therapist (real quote, I can show you the email chain) 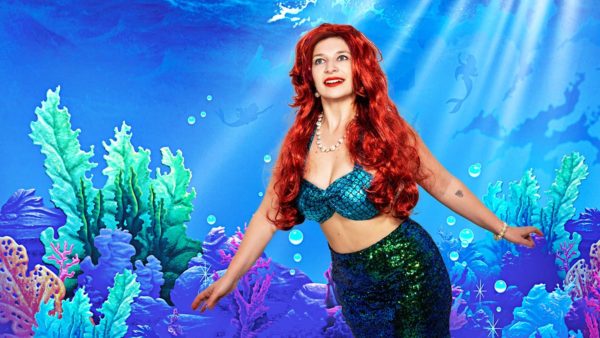