Two Queers Walk Into A Bar

Part of the Laugh Outta Lockdown
Show Dates:
see less
see less
see less
Tickets
WE’RE BACK BABY! And with triple the trouble. Join the Two Queers Jenna Suffern and Brendan Hancock for three hot and steamy nights of queer comedy on Thursday the 11th, Friday the 12th and Saturday the 13th of November.

Two Queers Walk Into A Bar is an all-inclusive comedy show, featuring some of the best and most hilarious acts of the Sydney LGBTQIA+ comedy scene.

Join us for three nights of comedy with three hot lineups, at one sexy late night time. Cya there ;)

“Suffern and Hancock are a brilliant team. The two have a great synergy and complementary styles of comedy that meant for a balanced evening. These two are absolutely worth seeing" Theatre Reviews 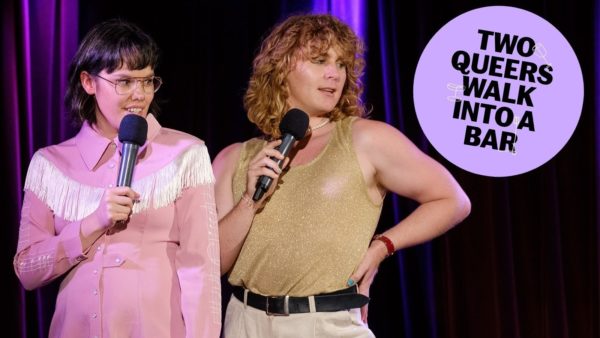